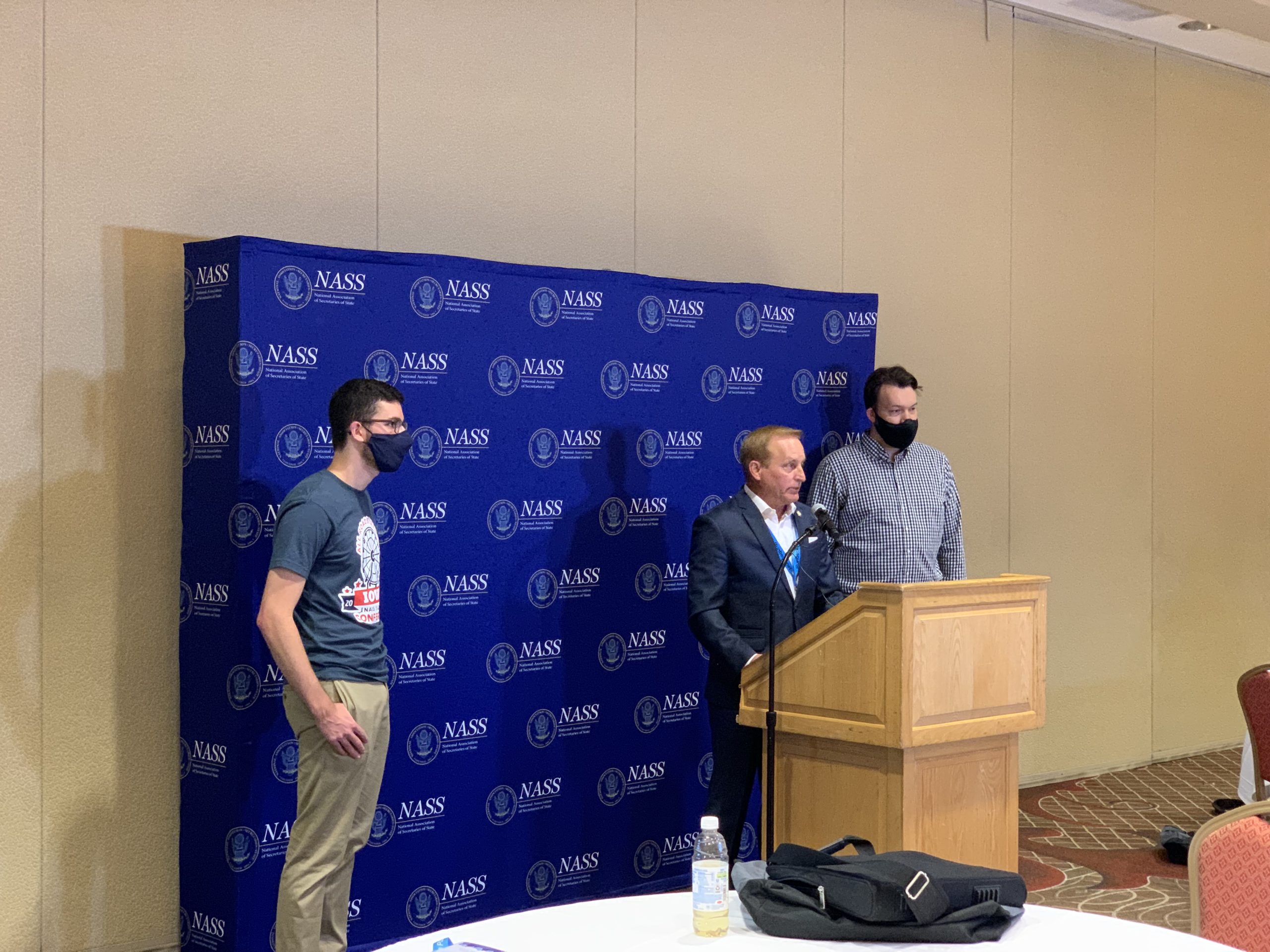 The National Association of Secretaries of State (NASS) summer conference brought together the security research community and state government leaders. I Am The Cavalry cyber safety advocate Beau Woods helped lead a “hacking demystified” session with hands-on education for secretaries of states and staff. The session covered the basics of physical security and cybersecurity research through interactive activities including IoT hacking, lock picking, cryptography puzzles, and more.

The conference covered election security, cyber threats, and general security best practices. At the event, Minnesota officials announced the state is planning to launch a vulnerability disclosure program (VDP) ahead of the 2022 election, an initiative supported by the Cavalry. Minnesota would become the third state, following Iowa and Ohio, to launch a VDP.

The Cavalry’s Woods received the NASS Medallion award during the event. The award recognizes his work driving collaboration between government officials and the cybersecurity research community and he was recognized by his boss, CISA Director Jen Easterly, for his contributions to election security.

I Am the Cavalry seeks to improve cybersecurity at the grassroots level and values collaboration across industries and sectors. By working closely with the government, we can move all security forward.